8 Common Reasons For Trouble Getting Pregnant

If you have been trying to get pregnant but things don’t seem to be happening, this might understandably cause some alarm. However, not conceiving does not necessarily mean that your body is experiencing fertility problems. In fact, there are many reasons why you may have trouble getting pregnant.

While, generally, infertility has common symptoms such as irregular periods and severe menstrual cramps, there are times when infertility might be caused by an underlying medical condition in women or as male infertility, which rarely has symptoms.

Here are 8 reasons why you may be experiencing difficulties falling pregnant:

1. Not Trying During Ovulation Windows

Every woman has a monthly window of opportunity where their body is receptive to getting pregnant. This time is usually marked by ovulation, which is the time of the month when the body’s eggs are preparing to receive sperm.

During ovulation, the egg is released from the ovary and moves into the fallopian tubes. This usually occurs about 13-15 days after a period although this timing will vary from woman to woman and from cycle to cycle.

Since sperm can live inside a woman’s body for at least seven days, and the egg lives for about 12-24 hours after it is released from the ovary, you can try to conceive a few days before and after ovulation. However, focusing your efforts on the shorter window of time will ensure that more sperm might make contact with the egg.

The best time to get pregnant is the first day of ovulation as well as the day before. While this window presents the highest chance of getting pregnant, you don’t have to limit sex to this window. Try to have frequent sex (every 2 to 3 days) throughout the month with at least one of those times being around ovulation.

Even with the right planning and proper lifestyle changes, it may be that the woman’s body is not immediately receptive to the sperm. This does not necessarily mean that there is a fertility issue, it simply might suggest that the couple has not been trying long enough.

Since timing the sperm with the release of the egg can be difficult to match, you may need to try for multiple months to conceive. This is entirely normal as women aren’t always ovulating at the same time, and everybody is different. Approximately 80% of couples conceive after trying for six months, and 90% will get pregnant after trying for 12 months.

Ovulation refers to the time when the ovary releases the egg into the fallopian tubes. So if the body is not releasing eggs, there is nothing for the sperm to fertilize.

If your body is not ovulation, also called anovulation, this means that eggs aren’t being released and there are several reasons why this is occurring. Anovulation might be caused by the underlying condition of PCOS, or polycystic ovarian syndrome.

A woman could also be under or overweight, have thyroid dysfunction, be hyperprolactinemic, exercising too much and too intensely, or have primary ovarian insufficiency. If a woman experiences irregular periods, then this could be a sign of anovulation, and it is probably best to consult a physician.

While women typically bear the physical burden of having kids, men do play a primary role in the insemination process. After all, it takes two to tango, so if you are having trouble conceiving and there seems to be no indication of infertility or irregularities in the woman’s cycle, then there could be an issue with male infertility.

Male infertility does not show any symptoms, but around 25% of couples found out that their difficulties conceiving were due to male infertility.

To test for male infertility, a semen analysis is required. This test will measure the health of both semen and sperm. If you suspect that male infertility could be a factor, talk to a doctor but be sure that both partners are tested for infertility.

When a female is born, her body starts with a couple of million eggs. While these eggs don’t become fertile until puberty, the body does not produce more beyond this initial total. In fact, the amount of eggs that a woman is born with is what she has for her lifetime! And over time, that amount starts to decrease steadily.

Age is only one factor when it comes to infertility, and women in their 20s and teens can be infertile as well. But age-related infertility might be one of the reasons why it is difficult to conceive. Age also plays a role in the occurrence of genetic problems in the fetus and increases the risk of miscarriage.

While a potential cause of other fertility-related problems, endometriosis may be the primary reason for infertility. Endometriosis is a condition where the endometrium tissue, which is the tissue that lines the uterus, starts to grow in places outside of the uterus.

About half of women who have endometriosis will have issues getting pregnant. Symptoms will present as painful periods and pelvic pain outside of menstruation. Some women will not know that they have endometriosis until they try to get pregnant and, to make matters worse, it is frequently misdiagnosed.

If you are trying to get pregnant or are thinking about it, it’s best to talk with your doctor to ask them questions. If you have a medical condition but weren’t aware that it could cause complications with fertility, talking to your doctor sooner rather than later can help you to avoid some stress.

If you don’t have a medical condition but are still trying to get pregnant and not succeeding, there could be some other unknown reasons why. Doctors refer to this type of infertility as unexplained or rather undiscovered or unable to be diagnosed. The good news is that you can still receive treatment for unexplained infertility.

Why am I not getting pregnant?

If you or a loved one is trying to get pregnant but it just isn’t happening, you must speak with your doctor so that you can try to identify what is causing the trouble.

Since there are a number of causes for infertility and lack of conception, your doctor will be able to work with you to identify and test.

Here at Inositol, we are here for you. We understand that going through something like this is difficult, but you won’t know what is going on until you test. Don’t wait, and consult your doctor to discuss potential infertility tests and treatment.

Healthline. What You Should Know About Blocked Fallopian Tubes. Retrieved Aug 19, 2020

« Previous Post A Guide to Pre Pregnancy Vitamins and Supplements Next Post » What are the Myo-inositol Effects on PCOS? 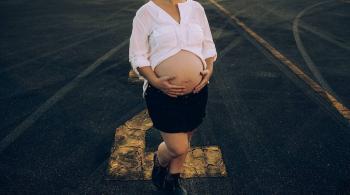 The Importance of Vitamin B8 for Fertility 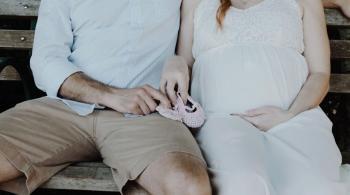 The Importance of Vitamin B8 for Fertility

The Cost of Having a Baby. Don’t be shocked. 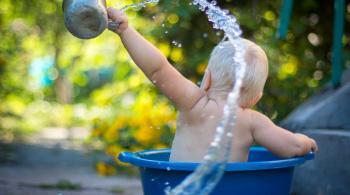 The Cost of Having a Baby. Don’t be shocked.

Help to Decide Whether To Have Kids or Not 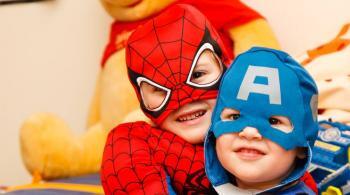 Help to Decide Whether To Have Kids or Not