One of the best things that we can do is seek out brain boosting supplements in order to delay debilitating cognitive decline, or as a way of encouraging better brain health for better daily function.

Daily supplements are just one aspect of our daily routine that we have control of, and we can take vitamins and minerals for so many reasons. Taking a supplement to improve your cognitive health makes intuitive sense, but is it supported by science?

This article takes a deep dive into the top 8 supplements that might improve your cognitive health, supported by science!

According to The Brain Blog, the main brain health supplements for cognitive funtion target improved memory and brain processing. Additionally, these supplements are best used when they are considered proactive or preventative.

In the Brain Blog, the authors refer to biohacking as a way to use science and technology to make the body function more efficiently. In terms of our brain health, biohacking might involve “technology” and science, like supplements, but these supplements are also geared toward quieting the mind in such a fast-paced and stressful environment.

In this case, brain supplements can help you step away from your everyday technologies and avoid overstimulation to give your brain a break so that it can recover and function properly.

There are many common supplements that suggest improved cognitive health, prevention of dementia and Alzheimers, and better brain function.

Research around brain health and the prevention of dementia and Alzheimers are still in early stages; this means that while there are brain health supplements with known properties, their effects on cognitive health in the long-term are still largely unknown.

We’ve compiled some of the most commonly taken and researched brain-related supplements so you can see for yourself:

A combination of B vitamins has been shown to improve health in a number of ways, including hair, skin, and cellular membrane function, cognition, and more.

Studies that addressed the role of vitamin B in improving cognitive function in older adults already living with dementia or Alzheimers do not show that vitamin B improves cognitive health in a significant way; however they vitamin Bs affect homocysteine levels, which have an effect on heart function.

Vitamin B is one of the most commonly used supplements, is safe, and can lead to other health benefits when taken.

Myo-Inositol is a phospholipid and a naturally occurring glucose isomer that has shown improvements to cognitive function. Inositol is used in psychiatry for cognitive improvement and has been used in studies with Down syndrome.

Findings for Myo-Inositol are overall positive and suggest that Myo-Inositol is effective as the sole therapy for depression and for panic disorder in several studies.

While maybe less common in the lifestyle and social spaces, phospholipids like Myo-Inositol are the second most frequently recommended supplement for older adults with memory complaints. This is because phospholipids play a key role in cell growth regulation and cell membrane regulation.

Vitamin E is actually the name for two different medicines, tocopherol and tocotrienol. It is hypothesized that vitamin E may be able to cross the blood-brain barrier and affect cell membranes. Many link this ability to the role of oxidative stress in causing dementia.

In healthy adults, vitamin E in conjunction with other antioxidants (including vitamin C and multivitamin combinations) showed a 50% reduced chance for experiencing cognitive decline.

While not all findings are significant enough to suggest that vitamin E does prevent cognitive decline, other studies have found vitamin E supplements to be part of a daily regimen in individuals who did not get cognitive decline by about 25% of the time.

Omega-three fatty acids are a group of polyunsaturated fatty acids and are most commonly found in fish. Omega-3 fatty acids have shown signs of improved joint function and fluid retention, so some suggest that its ability to maintain brain cell membranes could improve neural function.

Observational studies suggest a “protective” effect on cognition in adults who do not already have some sort of mental decline; however findings have not been consistent.

Other studies suggest that omega-3s contributed to a reduced risk in cardiovascular events, which in turn affected cognitive health.

Vitamins A and C are known to have antioxidant properties, and are largely found in those bright and colourful fruits and vegetables that we should be eating three to four times daily!

Since antioxidants are largely promoted as enhancing cognition, these brain health supplements have been used to support cognitive health.

It is suggested that long-term use of these antioxidants could have preventative effects, but as with many supplements related to cognitive health, findings are inconsistent.

Vitamin D is known to synthesize skin and bind to Vitamin D receptors in the key cognitive function centres of the brain known as the human cortex and the hippocampus.

Systematic reviews found associations between certain levels of vitamin D and cognitive performance and suggest causal relationships between the two.

All-in-all, vitamin D is very promising but under-researched; however, taking vitamin D has been linked to other health benefits and taking the vitamin in excess is not toxic.

One of the most popular herbal supplements for a variety of reasons, ginseng has been used for cognitive improvement. Ginseng is considered an adaptogen, which means that it can increase the body’s resistance to physical, chemical, and biological stress.

Improvements in cognitive function have been reported as well as no serious adverse effects through its use.

Ginkgo biloba is a herb that has been hypothesized to lead to improved brain function properties, like cerebrovascular circulation, and reduction in age-related decreases in neurotransmitter receptors.

Findings on its efficacy related to dementia and Alzheimer’s are minimal, but that does not suggest that this herbal brain health supplement does or does not work.

Be careful when ingesting ginkgo biloba in conjunction with other medications as doing so without doctor support can lead to bleeding and hemorrhagic strokes.

In addition to taking brain health supplements, it is recommended to adopt healthy habits, eat a well-balanced and green diet, and drink lots of water to help you live a happier, healthier life. Not only that, but there are foods that you can eat (in addition to taking supplements) to improve cognitive health.

Nourishing your brain is 100% possible, especially considering that millions of people lack the necessary nutrients for proper daily function. Consider a diet that promotes cognitive health in addition to an herbal and natural supplement like Myo-Inositol!

« Previous Post You’re Not Alone! Dealing With Depression and Anxiety Next Post » PCOS and Diabetes: What You Must Know

You’re Not Alone! Dealing With Depression and Anxiety 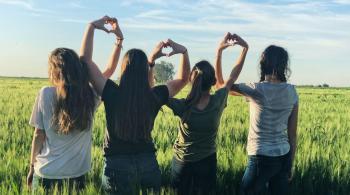 You’re Not Alone! Dealing With Depression and Anxiety

Living With Anxiety: Top 10 Tips for Reducing Anxiety on a Daily Basis 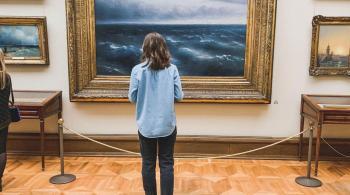 Living With Anxiety: Top 10 Tips for Reducing Anxiety on a Daily Basis 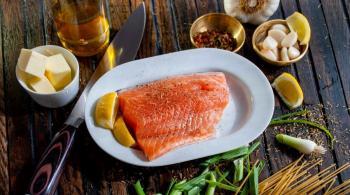